Even though the Earth’s temperature has changed over the course of its history, no other species like humans have forced the drastic change we’re witnessing today.

Unsurprisingly, analysing the global temperature statistics for recent decades is not a very optimistic thing to engage with. Put shortly, scientists from all over the globe are confident about one thing: the temperatures of the atmosphere, the land, the seas, and the upper-ocean content are steadily rising. Along with them, sea-levels and humidity levels are also on the rise, putting a massive question mark on where exactly our planet is headed.

Today, we are digging deeper into data provided by the leading environmental monitoring organizations to give you a better insight into the global temperature graphs and their meaning.

What are the ten warmest years on record so far?

According to the Climate Science Special Report, the global annual average temperature has increased by 0.7°C between 1986 and 2016, compared to the period between 1901 and 1960.

Now let’s take a brief second to recognize the fact that the Earth is over 4.5 billion years old before listing the ten warmest years on record so far. Ready for it?

Or else said: the last eight years of our lives were also among the eight hottest years recorded in the scientific history of Earth. It makes you feel special, but also kind of blameworthy, does it not?

How fast is the global temperature rising?

The short answer to this question is: the global temperatures are rising unnaturally fast.

To be precise, computer models designed to simulate Earth’s climate suggest that by the end of the 21st century, our planet’s average temperature could be between 1.1°C to 5.4°C higher than it is today.

If these numbers still mean nothing to you, let’s take a brief throwback to The 2015 Paris Agreement on climate change. The document states that the global temperature must not reach 1.5°C above the pre-industrial era levels, or else humanity will be facing a literal ecological catastrophe. Now imagine that 5.4 °C again, and think about them very carefully.

Keep in mind that higher average temperatures can cause an increased frequency of extreme events, such as uncontrollable floodings, droughts, storms massive wildfires, pests, and pathogen pressure. If you scroll through the news these days, you will probably recognize the pattern.

Nowadays, science can help us recognize patterns and make assumptions based on statistical data records. These projections, or “scenarios” can help us analyse our consumer behavior, improve our sustainability choices, and engage in a more far-sighted lifestyle – not personally or locally, but globally instead.

It is pretty clear that what we’ve done until now is devastating for the planet we inhabit. Between 1901 and 2016, the linear regression of the annual average global temperature is 1.0°C. There are many consequences from the rise of the global temperature that we are already experiencing. Our generation is not the first, but probably the last one that will have the chance to take a turn – for the sake of life as we know it.

The choices that we are bound to make are mainly related but are not limited to energy consumption. Right now, there are two statistical “scenarios” defined by measurements and calculations regarding the energy sources used by people around the globe:

Right now, these are merely distant options for the distant future. In fact, though, one of them is going to be a perceivable reality for our grandchildren, or probably even our children.

The great news is that we are still able to make a difference. So, are we willing to? 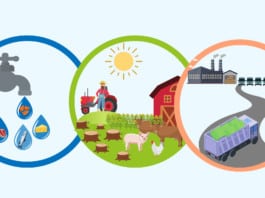 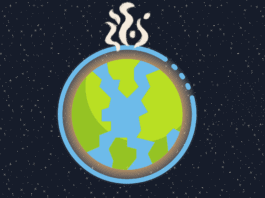 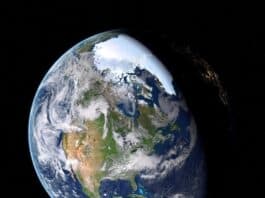