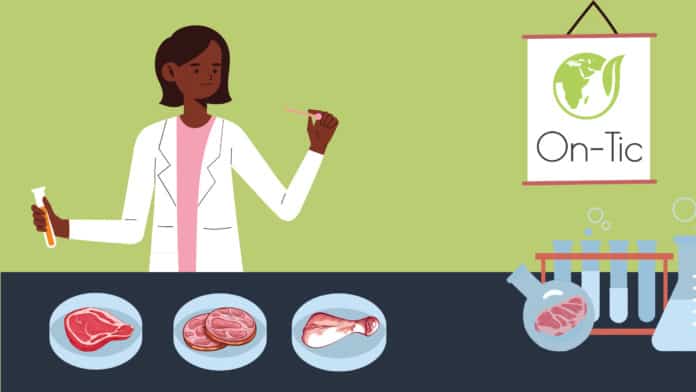 Same taste and same price, but coming with a significantly reduced impact on the environment and climate change – that’s how lab-grown meat becomes a thing nowadays when conscious consumerism is on the rise.

As you may have heard – some versions of lab-grown meat are expected to launch on the market soon, as they have already been tested and approved. After a thorough inspection of both the preparation process and the final product, cruelty-free meat is entering the spotlight, and that’s definitely some intriguing news.

What exactly is lab-grown meat, how is it supposed to reshape the meat industry’s contribution to climate change, who is working on it, and what do end-consumers think about it? Today, we are shedding some light on the questions you’re probably already asking yourself.

When will lab-grown meat be available?

After decades of research, testing, and polishing the process end to end, the first lab-grown meat product has been given the green light to be marketed for human consumption on November 26, 2020.

The pioneer name you need to remember is Eat Just – a Californian food startup that began function in 2011 and that recently received the world’s first approval of selling cultured chicken.

The country that formally granted this historical consent is Singapore, and they did it after assembling a committee of experts to evaluate the safety of the cultured meat. Throughout the process, every step of the production was monitored by professionals in the fields of food toxicology, bioinformatics, nutrition, epidemiology, food science, food technology, and public health.

As stated by Josh Tetrick – the head of Eat Just – “They didn’t just look at the final product; they looked at all the steps that led to that product. We were impressed with how thoughtful and rigorous they were.”

Long story short: a (still unnamed) restaurant in Singapore will soon be the first-ever to include Eat Just’s cultured chicken on the menu, revolutionizing the food industry as we know it.

What is lab-grown meat? 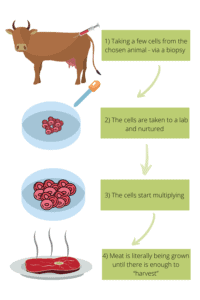 Lab-grown meat (also referred to as “cultured meat”) is produced by a technique called cellular agriculture.

It all begins with taking a few cells from the chosen animal – via a biopsy or from an established animal cell line, with no cruelty, suffering, or death involved. The animal is then set free, and its cells are taken to a lab and nurtured on a scaffold in a bioreactor. Fed on nutrient broth, the cells start multiplying, and yes – meat is literally being grown until there is enough to “harvest”.

This approach’s variables include mixing animal cells with plants, growing meat on plant scaffolds, culturing animal fat, and others.

In a broader aspect of thinking, cultured meat is thought to be an attractive and acceptable nutrition alternative for people who consider themselves flexitarians – ones who aim to reduce their meat consumption for ethical or environmental reasons without giving it up completely.

Lab-grown meat around the world and in the UK

As you may suggest, there are already tens and hundreds of cultured meat startups worldwide working on their own version of the product. They come in various shapes and sizes, rely on different approaches, and move on their own budget and pace.

Among the most exciting brands that will probably become more and more popular in the future are, for example:

Doesn’t it sound revolutionary enough? Then listen to this: KFC recently announced its intent to start selling hybrid chicken nuggets made of 20% cultured chicken cells and 80% plant-based products. Their partner in bringing this bold idea to reality is the Russian 3D Bioprinting Solutions company – the one that 3D-printed a cultured-meat sample on the International Space Station back in 2019.

Cultured meat production is the next big thing after alternative meat substitutes made of plants – such as Beyond Meat and Impossible Foods – and we will be here to witness its outbreak.

Why do we need lab-grown meat?

The reasons why cultured meat is such a big deal are probably obvious and are closely related to the problem of sustainability when it comes to our society’s diet. When speaking about the environmental impacts of food production, you need to remember one basic fact: livestock breeding is accountable for over 15% of the global greenhouse emissions. Or else said: if cows were a separate county, that country would officially be in the top 3 of the world’s biggest emitters.

Livestock breeding requires massive land use, and deforestation is needed for both the animals themselves and the crops planted to produce their food. Speaking in numbers, it is estimated that with the rising planet population, humans will eat 70% more meat by 2050. When we do the math, it becomes evident that the greenhouse emissions of food production will rise by the colossal 92% – something that will bring our planet to the verge of total destruction.

So, why do we need lab-grown meat? Obviously, to change the dangerous course of action, we’ve already taken. Since most of the human population is not yet ready to switch to a plant-based diet, cultured meat is the best we have as an alternative to keep Earth functioning normally. 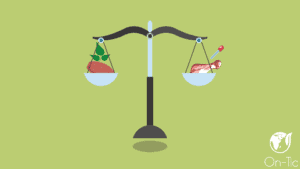 A whitepaper published by the World Economic Forum states that alternative lab-grown meat is expected to produce about a 7% decrease in greenhouse gas emissions compared to traditional beef meat production. Meanwhile, other meat replacements, such as tofu or plants, can deliver reductions of up to 25%.

Long story short: reducing the overall meat consumption in our diet is the best option, but it is also a not very well-performing one when it comes to practice. A 2017 study published in the PLoS One journal found that most US consumers would be enthusiastic to try lab-grown meat and eat it regularly, while the percentage of vegans in the country remains a steady 3% from 2012 on.

This being said, cultured meat is not a radical game-changer yet, but combined with a mindset shift towards reducing meat generally, it could deliver a long-expected change in the way we think and act as food consumers.

Whether and when lab-grown meat will become a widespread or even prevalent product in the food market is still unknown. What we know is that change is inevitable, and this is a part of it that needs consideration – because when the best-case scenario is highly improbable, we are bound to turn to all the subsequent best-case scenarios on the list.