Home Innovation Tesla vs Nio: The Competition For The World’s Largest EV Market Is... 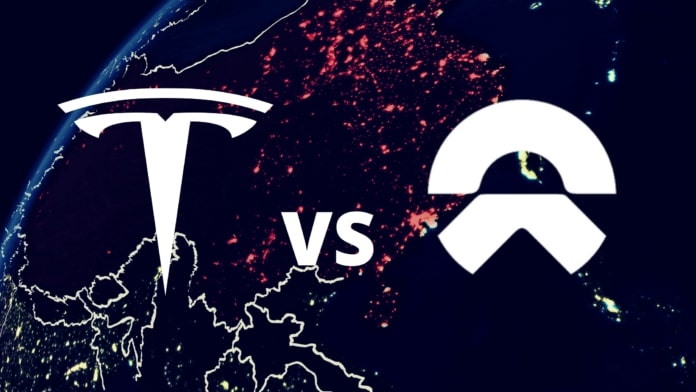 The 21st century is the time of the technologies. They are all around us and, even if we think that they are an integral, important part of our existence, we must not forget the role of nature and the environment. So, in order to make our lives as healthy and easy as possible, electric cars have appeared on the market, which has a minimal impact on the atmosphere, unlike all other cars powered by gasoline, diesel or gas.

For many years, all sorts of hybrid models were produced by leading companies around the world, trying to shift the top positions in the annual rankings for the best cars, but unfortunately, it was a mirage for more of them.

Then came Tesla – with all its perfection and all its advantages, the car brand quickly became a favourite in almost the whole world. And since it is not made in China, the country with the largest production on the planet immediately began designing its own car. That’s how Nio came on the market. People say that children are ahead of their parents, and perhaps many car critics think so, describing the Chinese product as much better than the already familiar Tesla.

Whether this is the case or not remains to be seen, but one thing is clear – the struggle between the two companies is becoming fiercer and there is no prospect of a white flag for peace on the horizon.

Tesla vs. Nio – when did it all start?

The beginning of this fierce battle began when the Chinese electric car manufacturer Nio Inc. faced market leader Tesla Inc., unveiling its first sedan in direct competition with the company’s most popular model and other international competitors. This bomb has definitely attracted the attention of the media and we are in a hurry to present you some of its most important characteristics.

The all-electric ET7 sedan was launched by Nio founder and CEO William Li at a company event in Chengdu in early 2021. Currently, the price of the car starts at 448,000 yuan ($ 69,193), and the state subsidies that will be included in the company have not been calculated yet. If we have to compare the amount of 265,740 yuan for a first-level Tesla Model 3 built in China, we can see the colossal difference in price, which will certainly attract many more supporters to the Chinese product team, especially in times when which much of the economy has collapsed due to the global pandemic situation. Deliveries of the new car will begin only in the first quarter of 2022.

How does Nio intend to outdo Tesla?

Not only the price will be in the spotlight when we compare the products of the two companies. Another thing that the Chinese brand intends to attract more customers to its side is that Nio has released a larger volume of batteries that can improve driving time. 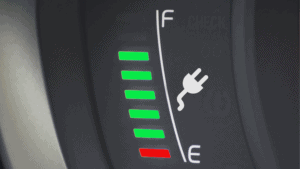 We also see an improved autopilot system and the second iteration of its battery-swap station – a concept where people can change the battery in their car instead of recharging it. This will make it easier for many drivers, especially in countries where the use of electric cars is less widespread and car charging stations are not often found on major first-class roads. The goal of Nio’s policy is to reach 500 power swap stations by the end of this year.

Calm before the storm

The past year may not have been the best for the Chinese company. However, Nio is emerging from a disastrous year for the entire world market with a relatively good position.

The company’s CEO William Lee shared in Shanghai before the event at the beginning of the year who are the main rivals of Nio as car manufacturers. The main suspects are BMW AG, Mercedes-Benz and Audi AG. A quote from him strongly attracts the opinion of the world’s car critics and gives a request for an extremely high goal. He believes that Tesla “maintains its ambition to become a Volkswagen or Ford in electric-vehicle manufacturing, we will insist on producing premium cars.”

The real battle is already in full swing

Regardless of what happened in the past 2020, one thing is clear – the new year will be very different for both Nio and the American giant – Tesla.

The new Nio sedan is forecast to go hand in hand with Tesla’s best-selling Model 3, of which more than 120,000 cars were sold in China last year. The company, based in Palo Alto, California, also began selling its more spacious Chinese Model Y SUV on Jan. 1, starting at a price of 339,900 yuan. Elon Musk does not fail in his statements regarding this model. Tesla’s CEO believes the Model Y has the potential to outperform all other vehicles it produces.

The real drama erupted when, in an interview after the launch in Chengdu, the CEO of Nio shared his views, according to which ET7 is much more a rival to Tesla’s Model S, which does not sound at all promising for the American company.

It is also worth noting that the Nio is working on another model of the sedan. Its features come into direct confrontation with the last three SUV models since 2018.

If we have to take a closer look at the situation in the Republic of China, it is worth mentioning that the car security of the population is extremely lagging behind compared to other countries. It is estimated that about 173 out of 1,000 people own cars in China, compared to 433 in Malaysia and 373 in Russia. In the United States and Australia, they are 837 and 747, respectively. 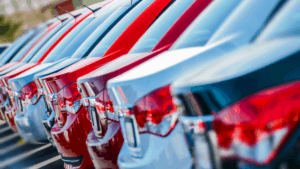 At the current moment, Tesla is a brand that has managed to flood the entire world market without exception, which gave a good incentive for the company to continue its development and identify leading trends in the field of electric vehicles. Nio, on the other hand, can only be found in China, but are making serious requests to change that next year. Whatever happens, the two car giants are putting the basics on a new share in the world of technology and we should pay due attention to each of the companies.

Electric cars are one of the solutions to reduce harmful emissions into the atmosphere and a key to protecting the world environment.

Read also about the potential that another emerging technology has in reducing the carbon footprint from cloud computing-Tiny AI. 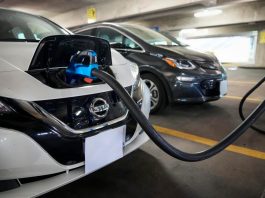