Electric cars provide the advantage of zero emissions on shorter trips, but if you need to go longer distances, the convenience and speed of refueling with a petrol or diesel engine is preferable. 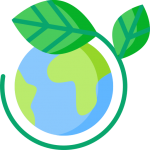 Benefits of a PHEV:

Benefits of a Conventional Car:

Benefits of a Fully Electric Vehicle:

How does a plug-in hybrid car work?

A PHEV is like a regular ‘self–charging’ hybrid car, but with a larger battery that can be plugged into an electric–car charger. This bigger battery gives the PHEV an electric–only range of around 20 to 30 miles, although some models can travel up to 50 miles.

When you need a boost, the engine will recharge the battery slightly. To get the most out of your PHEV, you should plug it into a charging point. You can use a standard 3–pin plug or install a fast charger at your home.

What are the pros and cons of owning a plug–in hybrid vehicle?

Before purchasing a PHEV, it is important to take into account several factors.

Advantages of a plug-in hybrid:

Disadvantages of a plug-in hybrid:

Which plug–in hybrid cars are the most highly rated?

Read also what are the 4 main types of electric vehicles and why at some point we all should make the shit.

Is investing in a plug–in hybrid worth it?

What type of car you should get really depends on the majority of your journeys and what you need the car for. PHEVs are great if your round trips are usually less than 40 miles but you need to do the occasional long–distance drive, while a conventional petrol– or diesel–powered car is better for longer journeys. If you‘re mainly doing shorter trips, an electric car could be the best option as you‘d benefit from zero–emission motoring and may qualify for a government grant.