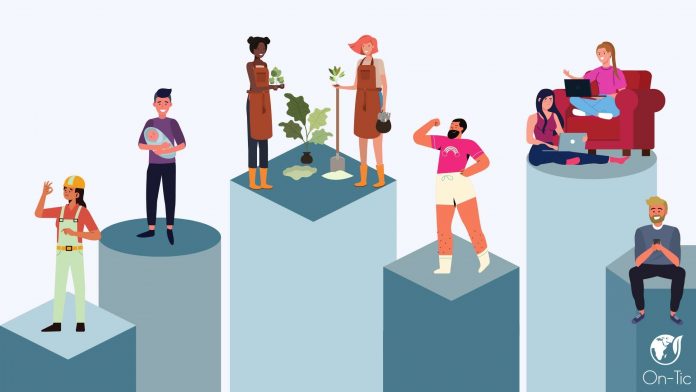 Fortunately, the concept of gender equality does not sound so unfamiliar and exotic as it did a few decades ago. An ever-expanding number of international organizations, state governments, and global decision-makers are struggling to address the issue in the most appropriate way possible, and dozens of policies are already being realized to help end gender-based inequality all over the globe.

Of course, this is by definition a challenging, deeply transformational process, and the reasons behind that fact are rather obvious. Girls and women being the “second wheel” had been a cultural norm for way too long and way too hard to simply vanish into thin air. Ensuring equal opportunities for all genders is, therefore, a cultural shift and a mindset alteration that requires long-term efforts and tangible step-by-step strategies in order to work out well.

So, what exactly do we describe when using the term “gender equality”? Why and how does it matter for societies? What are the pressing challenges in this endeavor, and what are their most intelligent solutions? And, most of all, what are the prospective benefits of living in a society of equal individuals, regardless of their gender identity?

In the paragraphs below, we will try and give some graspable answers to these rather complex questions.

What is Gender Equality: the Basics

To begin understanding the issue of gender inequality, we shall first describe it for what it is: a fundamental human rights issue.

Basically, it means that some people do not hold the opportunity to have equal rights, responsibilities, and prospects in life, and these people are suffering from being born the way they are. Girls and women are the most commonly undervalued group of people, along with the LGBTI+ group that officially joins the statistics in recent years.

Based on old-fashioned prejudice, century-old cultural traditions, religious stigma, or an uneducated mindset, gender inequality is fundamentally wrong and incapable of co-existing with concepts such as freedom, respect, diversity, and progress.

From child marriage, through gender-based labor exploitation, to the gender-based pay gap – gender inequality is very real, and it needs to be addressed appropriately.

What is the Main Goal of Gender Equality?

Put simply, gender equality is all about giving all people the vital prerequisites for unveiling their full potential: to be happy, to be content, to grow in their professions and in society, to be respected and valued.

Gender-based equality is thus expected to not only affect subjective human happiness but also rocket the prosperity of societies themselves. Inclusion and equal rights presuppose a peak in all societal spheres, including economics, politics, tech, arts, culture, education, science, and health.

Gender equality is all about using 100% of our inbound potential instead of 50%, 60%, or even 90% of it! It is about valuing every human being as its gender does not play a role. Because, well… It doesn’t!

What is the Difference Between Feminism and Gender Equality?

With things being the way they are, feminism and gender equality actually stand for a set of overlapping practical purposes. That’s why they are often being perceived by the broader public as one and the same concept. Fundamentally, though, they are not the same thing.

Feminism is a blend of ideological, social, and political movements that strive to achieve equality indeed. It is mainly conducted on the side of women and stresses heavily on the idea that women are culturally burdened with being inferior to men – a concept that needs to be altered in order for social justice to prevail.

Gender equality, on the other hand, is not women-centered. Instead, it covers the entire spectrum of gender diversity in society, aiming to bring equal rights, opportunities, and freedoms that are not affected by either the biological sex or the gender identity.

Or put shortly: though the practice of feminism and gender equality may nowadays have the same fundamental purposes, the drive and philosophy behind each slightly vary.

What is the Meaning of Gender Equality?

First and foremost, gender equality brings the meaning of ideologically equipping a fair, equitable, and lawful world, where no one is being unjustified based on their gender. This is a world where everyone has the chance and liberty to live a life of dignity – in their home, in their family, in their social circle, in their workplace, and in the broader frame of society.

Personal dignity and human rights aside, the more general purpose of gender equality is to promote the social mechanism and drive progress in all of its forms. Including large groups of recently neglected people in social life is a game-changer.

We’ve seen that theory in practice when women were given the right to vote and participate in the political life of many countries. We’ve seen it in science, tech, business, and multiple other industries. And we’re nothing but obliged to fight and promote the ongoing positive change in the long run.

The meaning of gender equality is a better, morally and economically advanced world, with no discrimination of anyone’s inbound right to do good for themselves and everyone around them.

What is Gender Equality: Examples

If all of the above still sounds somewhat abstract, hypothetical, and unrealistic, here is a shortlist of real-life examples of how gender equality shall look like exactly:

If you happened to be born in the right time and place, these might not sound too unfamiliar to you. Anyway, there are multiple unprivileged regions where gender equality is far from satisfactory, and we will give you some facts and figures below. 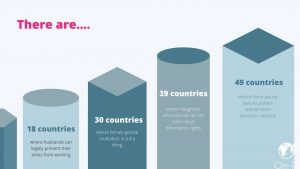 So, here is what reality has to offer:

Happily, gender equality is an ever-growing subject of discussion in many parts of the world, and the tendencies are positive. Still, there is a long road ahead of us, and we’ll probably walk it way faster if we make an effort to walk it together.

How do you Bring Equality to Society?

We can easily say that education, awareness, thoughtful policies, monitoring, and support are the central pillars of any positive change. Gender equality makes no exception.

Organizations such as UNICEF, the UN, state governments, and international structures are continually making efforts to establish well-working approaches towards promoting and implementing gender equality in all regions around the world.

So, how can you participate?

How do we promote gender equality? Little steps are just enough, as long as we walk them by the millions. Big steps? They are also just fine, as long as you are ready to invest time, effort, heart, and soul in making our world a better place to live in.

What Country is Best for Gender Equality?

According to the Gender Inequality Index (GII) 2020, published by Statista, the top 10 gender-equal countries in the world are as follows:

On the other side of the table, the bottom 10 countries – rated worst to better – are as follows:

In case you’ve been wondering: the Index measures how equal (or not) are women and men divided into three primary dimensions: reproductive health, empowerment, and the labor market.

What are the Benefits of Gender Equality? 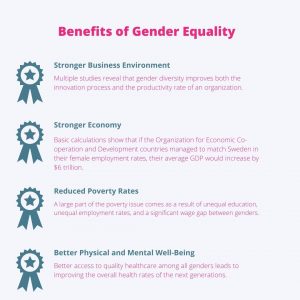 Greater equality for a better world? But how? Here is what would definitely be different at the point where men, women, and LGBT+ are presented with the same opportunities for inclusion, participation, and impact.

Multiple studies reveal that gender diversity improves both the innovation process and the productivity rate of an organization. Consequently, equal education, job opportunities, and career development among genders are a guarantee for a better global business environment.

Basic calculations show that if the Organization for Economic Co-operation and Development countries managed to match Sweden in their female employment rates, their average GDP would increase by $6 trillion. So, gender equality means a way better economic performance on a state level.

A large part of the poverty issue comes as a result of unequal education, unequal employment rates, and a significant wage gap between genders. If given a chance, women could be a key player in reducing the world poverty rates, thus improving both their families’ lifestyles and the economic performance in their countries.

There are way too many ways to articulate the connection between inclusion and health, for example:

To sum it up: gender inequality is, first of all, very real and with tangible consequences. Second, it leads to worsened individual and societal development. Third, it carries morally inadequate cultural prejudice into the modern world, where they simply do not belong anymore.

Bringing gender equality along is a crucial aspect of building a better version of the world we live in. And that is not merely an ideological concept; it’s instead very precisely measurable and crucial to solving some of the most pressing global challenges such as poverty and steady economic growth.

So, are you ready to participate and move forward? Let us try and do it together! 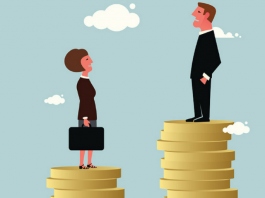 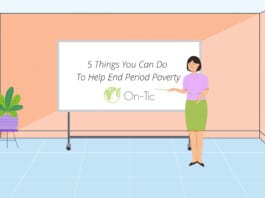 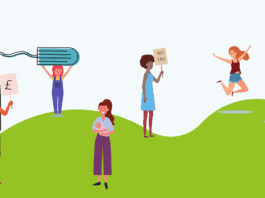 What is Period Poverty, And Who is Affected By It?