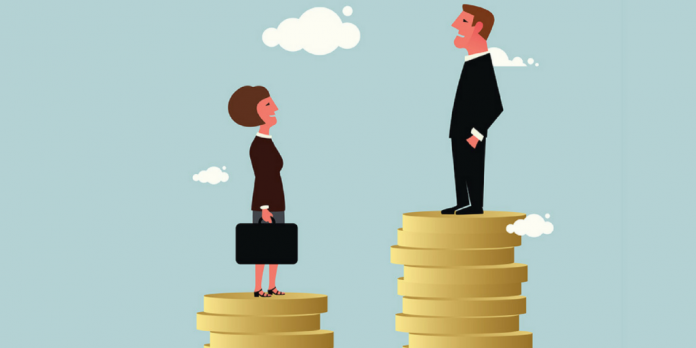 The gender pay gap has been a hot topic in the news for several years now, and it’s clear that this ongoing issue needs to be addressed. But what exactly is causing this disparity between men and women’s wages?

The GPG compares the hourly wage of men and women in an organisation at a single point in time. Factors such as the number of women at each grade and their relative position on the pay scale can affect the GPG. If the GPG is particularly high, further analysis must be conducted to determine the cause of this in different organisations.

Equal pay deals with the disparity in payments between men and women who are performing the same job, similar jobs, or work of equal value. It is illegal to pay people different amounts based on their gender. This differs from the GPG.

The mean and median pay of each gender is shown in Figure 1.

What is the main cause of the gender pay gap?

The gender pay gap continues to be a significant issue in the workforce, despite improvements in recent years. The gender pay gap, or the wage difference between men and women, is still a persistent issue that needs to be addressed. So, what is the main cause of the gender pay gap?
The main cause of the gender pay gap is due to unequal access to economic opportunities in the workplace. Women are less likely to be given the same kind of job opportunities as their male counterparts, which can lead to lower wages and fewer chances for promotions. This can be attributed to a number of different factors, including the fact that women are often underrepresented in certain industries and fields, and are more likely to be in lower–paying positions. Additionally, women are more likely to work part–time and take on roles that are deemed to be of lower status.
Another factor that contributes to the gender pay gap is discrimination.

Discrimination can take many forms, from an employer not hiring a woman because she’s pregnant to not promoting a woman because she’s a mother. Even subtle forms of discrimination, such as an employer assuming a woman will be less productive due to her gender, can have a damaging effect on a woman’s career.
Unfortunately, discrimination is often a hidden issue that can be hard to detect and even harder to prove. But even if discrimination isn’t overt, it can still lead to gender pay disparity. For example, women may be passed up for promotions or higher–paying positions, while men are given these opportunities. This can lead to a significant wage gap between men and women, even when they have the same qualifications.
Discrimination can also lead to women being paid less than their male counterparts, even when they have the same qualifications and experience.

Which country has the biggest gender pay gap?

The gender pay gap is a stark reality for women around the world. Despite the fact that women make up more than half of the world’s workforce, they continue to earn significantly less than their male counterparts. In fact, according to the World Economic Forum’s Global Gender Gap Report 2020, women earn on average 63 percent of what men earn in the same occupation, a figure that has remained largely unchanged over the past decade.

So which countries have the biggest gender pay gap? According to the World Economic Forum, the worst offenders are the United Arab Emirates (UAE) and South Korea. In the UAE, women earn only 29 percent of what men earn in the same occupation, while in South Korea, women earn only 34 percent.

The gender pay gap is also particularly pronounced in some of the world’s most advanced economies. In the United States, for example, women earn just 81 percent of what men earn in the same occupation. This figure is slightly better than the global average, but still far from parity.

The gender pay gap is a global problem, and one that requires concerted efforts from governments, businesses, and individuals to close. This means taking steps to ensure equal pay for equal work, and implementing policies

The gender pay gap is an ongoing issue with far–reaching consequences. Women continue to be underpaid and undervalued in the workplace despite advancements in gender equality and the implementation of policies to try to mitigate it. This is due to a number of factors such as discrimination, gender stereotypes, and a lack of access to higher–paying roles. The gender pay gap is an issue that needs to be addressed on multiple levels in order to create a more equitable and inclusive workplace. We need to continue to advocate for better legislation and policies to ensure that women can receive the same pay for the same work, and also work to break down the cultural and systematic barriers that contribute to the gender pay gap.

What is Gender Equality: Definitions, Problems, and Solutions

What is Period Poverty, And Who is Affected By It?