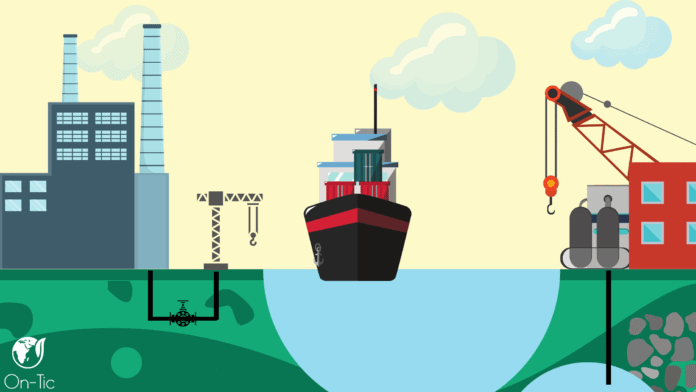 Discussing carbon emissions is indeed the essence of discussing global warming – the human-induced changes to the climate of our planet. As a powerful greenhouse gas, carbon traps the heat on the surface of the Earth. It prevents it from floating back beyond – thus generating a steady rise in the global annual temperatures and pre-designing a pending ecological catastrophe.

So, let the numbers do the speaking. According to statistical data, carbon dioxide (CO2) is responsible for about 64% of human-made global warming, while the concentration of carbon in the Earth’s atmosphere has measured a 47% increase since pre-industrial times.

Obviously, that’s not very encouraging news – especially considering the slow paces of sustainable transition and the uniform emissions humanity keeps producing every single day. New technologies such as tiny AI are developed every day, however, we are still far from reaching Net Zero.

That is where carbon capture, usage, and storage step in to present an intelligent alternative: not merely to stop doing the damage but also reverse it quite successfully. So, what is the process all about?

What is carbon capture, usage, and storage (CCUS)?

As its name clearly suggests, carbon capture, usage, and storage (CCUS) is a three-step process that is meant to reduce carbon emissions: both those produced at the moment and those created in the past.

Long story short: the CCUS technology relies on an assortment of cutting-edge technologies to engage in a complex set of activities. The unique pre-made equipment first captures the excess carbon from the production process or the atmosphere. Then, it transports it and keeps it in safe storage places buried deep underground.

Various researches suggest that we could successfully implement the CCUS technology to cut harmful CO2 emissions from various industrial processes performed worldwide: from power generation to steel and cement production.

So, your next logical question probably is: how exactly do carbon capture, usage, and storage actually work? Let us dig into deeper detail on that matter in the following paragraphs.

How does CCUS work? 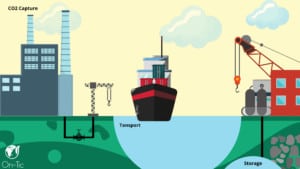 To make the carbon capture, usage, and storage process as easily understandable as possible, let us thoroughly describe the three vital steps it includes:

As unnatural as this may sound to some, all three steps of the CCUS technology are proven entirely safe and absolutely unproblematic for the environment. Though still limited, their exploitation had been in action for almost five decades, making them justified and quite encouraging in our on-going battle with global warming, a.k.a. the never-ending conflict with ourselves.

How can we use CCUS to reach net zero?

These can be briefly summed up as follows: 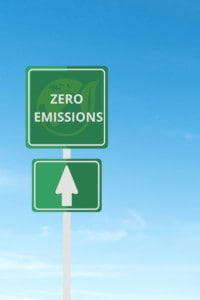 As simplistic as they seem, the four opportunities mentioned above are literally a game-changer in the debate of human-provoked climate change and the “net-zero” struggle of our civilization.

As of today, carbon capture, usage, and storage is responsible for nearly 15% of the total decline in carbon discharges in the Sustainable Development Scenario. Anyway, reaching the net-zero goals will require an almost 50% increase in the CCUS deployment in the decades to come.

A growth that needs to be well-thought, swiftly organized, and adequately accepted throughout global industry players, so that it could play its role as an escape plan from what we have managed to produce so far.

How do global decision-makers address the CCUS technology?

If you need practical authority proof for the theoretical statements listed above, here it comes: both Elon Musk and Bill Gates are currently investing massive financial and operational resources into creating and implementing an operational CCOS infrastructure among the industrial ecosystem.

Those two of the most prominent visionaries of our time are investing respectively $ 100 million and $ 1 billion funds dedicated to carbon reduction, capture, and removal technologies and their role in the improvement of the ecological state of our planet.

Put otherwise: the CCUS approach faces ever-growing importance as a method to regulate carbon emissions, as seen by some of the greatest minds of our time. It is not seen as a replacement for green energy transmission but rather as an effective supplement to it. The technology can potentially lessen the damage we do while trying to switch to renewable sources and gives us more precious time to realign safely by diminishing the damage of extended CO2 emissions produced daily.

Because global warming will not sit there and wait for us until we are done being frustrated. It happens right now, and CCUS is a smart way to outjump ourselves towards trying to prevent it.